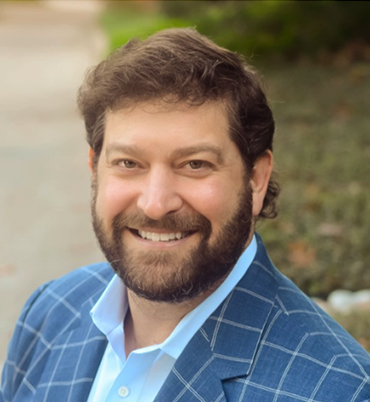 Brooks graduated from the University of Oklahoma in 1998 with a BS in Comparative Politics and a minor in French. In 1995, Brooks had the great fortune to study at the Sorbonne in Paris.

Brooks was licensed to practice law in February of 1999, and at that time he commenced his employment with Klein & Pollack, LLP.  With the exception of 5 months, Brooks worked at Klein & Pollack until October of 2002.  He handled all varieties of contractual disputes, in addition to the drafting and litigating of various business entity and employment agreements, commercial and residential real estate transactions, business entity formation, mechanic’s and materialmen’s liens, payment and performance bonds, guardianship proceedings, and adoption proceedings, and complex Cy Pres and ERISA probate litigation suits.

From August through December of 2000, Brooks worked at the nationally lauded Dallas Plaintiffs’ law firm of Waters & Kraus, LLP.  While with Waters & Kraus, he managed more than 30 asbestos-litigation cases.  Nearly all of these cases had a final settlement and/or judgment value of over One Million Dollars and additionally involved the taking of numerous depositions around the United States.

In October of 2002, Brooks left the employ of Klein & Pollack to form Anderson & Anderson, LLP with his brother Bradley.  On January 7, 2003, he successfully defended his client in a Forty Thousand Dollar ($40,000) Non-Jury business litigation trial in his first trial after leaving Klein & Pollack.  Brooks has since successfully completed the following transactions:  Structured a One Million Two Hundred Thousand Dollar ($1,200,000) business stock sale;  Formed a Single-Purpose Limited Liability Company to assume a Six Hundred Thousand Dollar ($600,000) Securitized Loan; Drafted a Five Hundred Forty Five Thousand Dollar ($545,000) Investment Package and Asset Purchase Agreement for the purchaser of a very well-known and over 30-year old restaurant in Dallas; Settled a Two Hundred Twenty Five Thousand Dollar ($225,000) General Partnership dispute for a well-reviewed Asian Fusion Restaurant located in North Dallas; Drafted a One Hundred Twelve Thousand Dollar ($112,000) Asset Purchase Agreement for the purchaser of a large Mexican restaurant in the Lower Greenville area; Drafted a One Hundred Thousand Dollar ($100,000) Asset Purchase Agreement Package for the purchaser of a well-known Night Club in Dallas; negotiated a well-known Dallas Chef’s Separation Agreement from a large restaurant group; drafted Legal Paperwork for the formation of the critically-acclaimed restaurant located in the Park Cities; negotiated Chef Joel Harloff’s Separation Agreement from The Landmark Restaurant at the Melrose Hotel; created the National Franchising Plan for D’Vine Wine, a Canadian based on-premise wine making outfit; and drafted other franchising plans for small businesses including Play ‘N Trade, in addition to forming all manner of business entities.

In 2019, Brooks opened Hillside Tavern with his Brother Bradley and their Chef Partner Nathan Tate. Hillside Tavern opened to great critical acclaim and fanfare. Hillside Tavern has won many local awards, including Best Neighborhood Bar in Dallas in 2019 and 2020 Best Bites by the Dallas Observer.

In 2018, Brooks received his Real Estate Sales License.  He and Bradley, along with Bradley’s wife Alexa, formed Anderson Conomos Team, a real estate group.  Brooks is able to use his law license and legal background to assist his real estate clients in nearly every situation.

Brooks currently handles a variety of legal issues, including but not limited to the following:

Please complete the traffic ticket questionnaire or contact our office at 214-370-8260 so we can further discuss your case.